Eco Safe Systems USA, Inc. is comprised of a select cadre of business, engineering, science, and sales professionals. Eco Safe personnel represent the experience of billions of dollars of business throughout the spectrum of innovative enterprises. 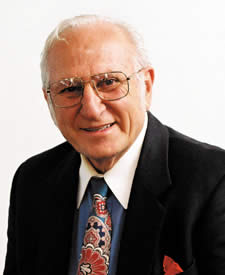 Michael Elliot, Chairman of the Board of Directors, CEO
Michael Elliot has had an extensive and distinguished career in a variety of industries. He began in the Entertainment Industry as a teenager, and worked actively in film and television for over 40 years. Mr. Elliot still maintains active relationships with film industry personnel throughout the world. Since 1983, he has focused on Marketing, where he has been exceptionally successful. In that year, Mr. Elliot was employed as Marketing Director for the Rockley Resort on the Island of Barbados, where he helped them realize an increase of 700% in monthly gross sales. Mr. Elliot was the first person to adapt the concept of timesharing to hotels, rather than condos. His company named Hideaway Beach Clubs was the first company to market 5 Star Hotels on the ocean throughout the Caribbean and Mexico. This company generated an extra $45M for the hotels at each of the five locations. Since then, Mr. Elliot has successfully marketed resorts under the trade names of Rams Hill Marketing Group, Tradewinds Marketing, Interval Investments, and Global Marketing Enterprises, Inc. For the past five years, Mr. Elliot has been instrumental in developing the products and marketing plan for Eco Safe, which he co-founded with Mike McCluney. Mr. Elliot is co-inventor on all provisional patents held by Eco Safe. 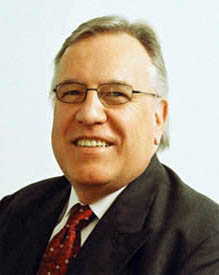 Paul comes to Eco-Safe from a distinguished career in industry. Previously, Paul was President of the Industrial Products Group of Bell Industries, Inc., a $900M NYSE company for 29 years. During Paul's tenure, his business group achieved a 5-year average ROI of 40%. For some time, Paul has provided strategic business management services for private and public "green" technology companies. He also served as a Board member for several distinguished corporations and professional associations.

Dennis R. Harp, Ph.D., Chief Scientist and Vice President of Food Safety and Quality Assurance
Dr. Harp has more than 32 years of experience in public education at all levels from elementary to graduate studies, and most recently was Director of Physics Outreach Education at Purdue University. Dr. Harp has a strong focus on science education for the public and has served on various national committees and maintains contact with university personnel throughout the world. He is also an inventor and author, and has owned and operated a variety of business for over 20 years. Dr. Harp received his doctorate from Purdue University.